Jordan Peterson and Rudolf Steiner agree that the path forward that will do the most good and protect the world from tyrannical collectivism is to strengthen the sovereignty of the individual. This is the fundamental difference between social justice ideology and freedom philosophy. Social justice ideology favors group identity and collectivism over valuing and respecting the sovereignty of the individual.

Please send this video link to those who may fall prey to social justice ideology: https://philosophyoffreedom.com/profiles/blog/rudolf-steiner-how-to-become-a-free-individuality 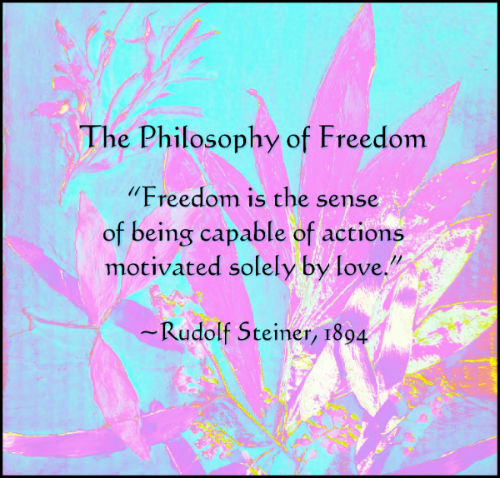 “Love, pity, and patriotism are driving forces of action that cannot be reduced to cold rational concepts. It is said that here the heart, the life of feeling comes into its own. No doubt; but the heart and the life of feeling do not create the motives for action. They presuppose them and receive them into their own sphere.” POF 1.10