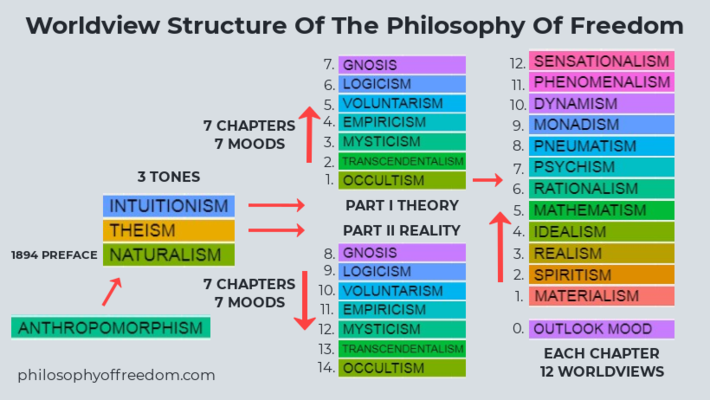 The original 1894 Preface of TPOF begins in Anthropomorphism (Naturalism). This expands out into the Tones Intuitionism (Part I of TPOF, Theory Of Freedom) and Theism (Part II of TPOF Reality Of Freedom). Then Part I and Part II  become 7 chapters according to the 7 Moods (the way one pursues knowledge). Then each chapter becomes an introduction that expresses the chapter theme and Mood followed by 12 worldviews or 12 different perspectives on the chapter theme.

"So does a widespread Anthropomorphism arise in the world. If one goes out beyond man in himself, as one must go out to Sun and Moon for an explanation of the phenomenon of the Earth — something that present-day science does not do — then one comes to recognize three different things, Theism, Intuitionism and Naturalism side by side and each with its justification. For it is not by insisting on one of these tones, but by letting them sound together, that one arrives at the truth. And just as our intimate corporeal relation with Sun, Moon and Earth is placed in the midst of the seven planets, so Anthropomorphism is the world-outlook nearest to the harmony that can sound forth from Theism, Intuitionism and Naturalism, while this harmony again is closest to the conjoined effect of the seven psychic moods; and these seven moods are shaded according to the twelve signs of the Zodiac. 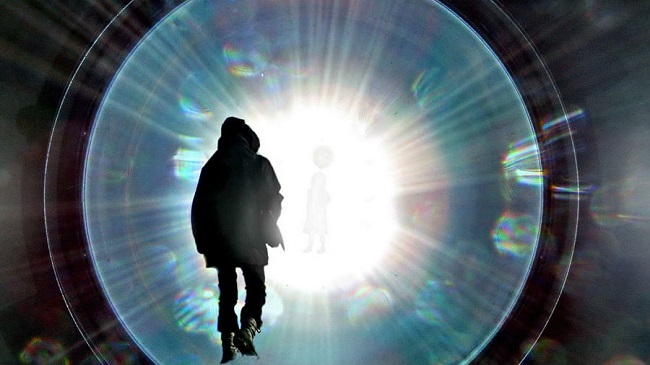 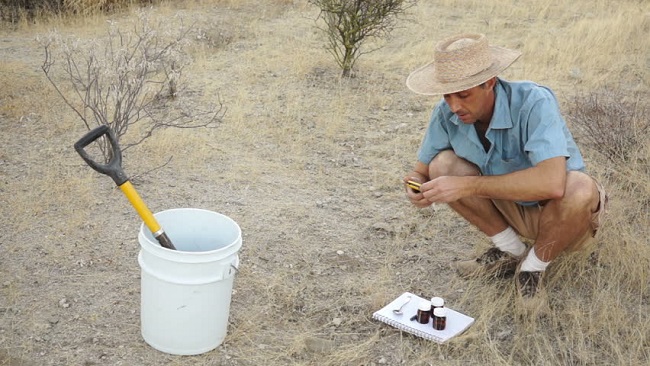