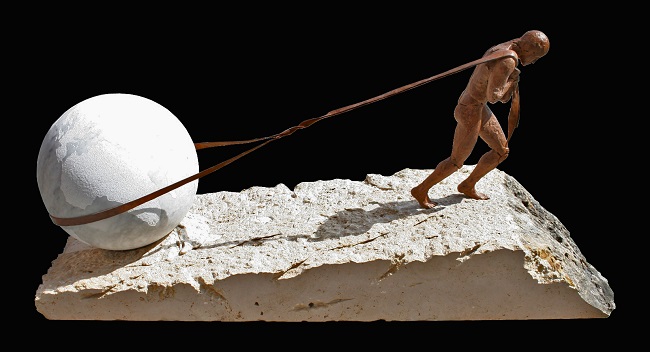 By listing the thinking and acting characteristics of the Monadism worldview found in The Philosophy Of Freedom, a personality type unfolds.

Monadism: I am a self-conscious and completely self-dependent ego. Truth is not revealed to outer observation so I do not accept anything as truth from the outside world. A being can build up existence in itself, and force concepts outward (Monads are will entities). Reflects on the spiritual element in the world.

Monadism worldview in Rudolf Steiner's Philosophy Of Freedom
1.9 Monadist action: Know The Reason For Action
Freedom is an action of which the reasons are known by reflecting on the motive before we act.

2.9 Monadist pursuit of knowledge: Know Element Of Nature Within
“Desires to know the element of nature within that corresponds to nature without. We can find Nature outside of us only if we have first learnt to know her within us. The Natural within us must be our guide to her.”

3.9 Monadist thinking: Create Before Knowing
“We must resolutely proceed with thinking, in order afterward, by means of observation of what we ourselves have done, gain knowledge of it.”

4.9 Monadist perception: Only Perceive What My Organization Transmits
“Nothing can any longer be found of what exists outside of me and originally stimulated my sense-organs. The external object, on its way to the brain, and through the brain to the soul, has been entirely lost. What we perceive is something we produce.”

5.9 Monadist knowing: Principle Of Unity Is Ideal Element
“All attempts to discover any other principle of unity in the world than this internally coherent ideal content, which we gain for ourselves by the conceptual analysis of our percepts, are bound to fail.”

6.9 Monadist individual representation of reality: Individual Point Of View
“Each one of us has his special standpoint from which he looks out on the world. His concepts link themselves to his percepts. He has his own special way of forming general concepts.”

7.9 Monadist cognition: Monism
Reality is sum of perceptions and laws of nature. “Monism replaces forces by ideal relations which are supplied by thinking. These relations are the laws of nature. A law of nature is nothing but the conceptual expression for the connection of certain percepts.”

8.9 Monadist personality: Personality Expressed In Will
“Willing Personality: The individual relation of our self to what is objective.”

9.9 monadist idea to act: Individual Element
Expression of ideals in individual way. “The individual element in me is not my organism with its instincts and feelings, but rather the unified world of ideas which reveals itself through this organism. An act the grounds for which lie in the ideal part of my individual nature is free.”

10.9 Monadist moral authority: Stage Of The Free Spirit
“Monism looks upon man as a developing being, and asks whether, in the course of this development, he can reach the stage of the free spirit.”

11.9 Monadist purpose: Formative Principle In Nature
“The structure of every natural object, be it plant, animal, or man, is not determined and conditioned by an idea of it floating in midair, but by the formative principle of the more inclusive whole of Nature which unfolds and organizes itself in a purposive manner.”

12.9 Monadist moral idea: Moral Self-determination
“The life of moral self-determination is the continuation of organic life. The characterizing of an action, whether it is a free one, he must leave to the immediate observation of the action.”

13.9 Monadist value of life: Strength Of Will
Will For Pleasure (intensity of desire) “The question is not at all whether there is a surplus of pleasure or of pain, but whether the will is strong enough to overcome the pain.”

14.9 Monadist individuality: Emancipation Of Knowing
“If we are to understand a free individuality we must take over into our own spirit those concepts by which he determines himself, in their pure form (without mixing our own conceptual content with them).”