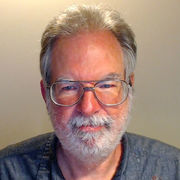 "Do you have any knowledge of Waldorf teaching principles that can be used to counter social justice ideology in Waldorf schools? I am working with some people to put together more videos for Waldorf teachers. It would be helpful if you share your wo…"

"This was posted to me on YouTube: "Hey heads up- Waldorf schools are being completely taken over by the Leftist Cult Religion of Woke. Take it from an insider. Waldorf Education has now completely abandoned the teachings & principles of Steiner, or…"

"The script for what is likely my most important video, P3 The Culture War To Unify The People, is done. It is twice as long as my ususal videos- 20 minutes. I am working on the narration and collecting video clips. By the weekend I will start editin…"

"AUTHORITARIANISM: Had my first chill of the new police state in California. Went out for curb side pickup of groceries and a cop was sitting in car outside entrance watching people. Then on way home a cop sat in car at neighborhood side street inter…"

"I am editing the script for the next video. It will discuss ways that have been used to unify the people and The Philosophy Of Freedom's way of building a community of individuals through a 'harmony of intentions'."

"The Philosophy Of Freedom YouTube Channel has avoided the current YouTube censorship purge of demonitizing channels (canceling ad revenue) for discussing controversial topics since I do not run advertisements on my videos just for this reason. I pre…"

"Making progress on the next culture war video. It will be about social harmony, how to unify the people."

"Thanks for your comment Jeff. The social justice movement can destroy all of Steiner's work. They have already infiltrated the Waldorf schools."

"Ayn Rand: The Real Motive for the Socialist Mindset"

"Democrat FURIOUS Over Democratic Party Becoming the CULT OF THE WOKE, Explains Why He Quit"

"Coronavirus and the Hoarding of Toilet Paper"

Welcome. I am Tom Last, creator of philosophyoffreedom.com. I have seriously studied The Philosophy Of Freedom for 30 years and try to relate what I read to my own experience. Attended the foundation year program at Rudolf Steiner College. My two sons attended Waldorf Schools. Lived on a mini-farm and practiced biodynamic gardening for three years.

Politically I was a Progressive all my life. I donated money to Bernie Sanders campaign in 2016 but became concerned when the Left began censoring and deplatforming free speech. So I did research into the origin of the culture war and discovered how its ideology was a threat to free individuality and free society. I produced 4 culture war videos to expose this threat.  I would say I am a centrist and a libertarian who has recognized that the social justice movement stands in direct opposition to the principles of freedom in The Philosophy Of Freedom and is even a threat to human evolution.