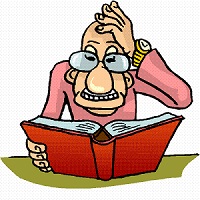 How To Study The Philosophy Of Freedom

Incomprehensible!…. Baffles the experts!….. You’ll never finish it!….. It’s a tangle of thought!….
These are the comments on the disappointing experience of readers when Rudolf Steiner first published The Philosophy of Freedom in 1894.

“Back in the 1890’s when the book was published, people hadn’t the least idea what to do with it. It was as though Europeans had been given a book in Chinese, and couldn’t understand a thing it said.”

“Readers often stop reading the book soon after they begin it, for the simple reason they would like to read it as they do any other book.”

“Other popular books are read on a chaise lounge letting thought pictures pass in review before one’s mind.”

“In The Philosophy of Freedom, readers have to keep shaking themselves to avoid being put to sleep by the thoughts they encounter. One has to try with all of one’s human strength to activate one’s inner being, to bring one’s whole thinking into motion.”

“The least honest, are those who read The Philosophy of Freedom as they would any other book, and then flatter themselves that they have really taken in the thoughts it contains. They’ve kept on reading strings of words without anything coming out of it that might be likened to the striking of steel on flint.”

Now what kind of reader approach did The Philosophy of Freedom count on? It had to assume a special way of reading. It expected the reader, as they read, to undergo the sort of inner experience that, in an external sense, is really like waking up out of sleep in the morning.

“The primary purpose of my book is to serve as thought training, training in the sense that the special way of both thinking and entertaining these thoughts is such as to bring the soul life of the reader into motion in somewhat the way that gymnasts exercise their limbs.”

The reading of the Philosophy of Freedom should not be a mere reading, it should be an experiencing with inner shocks, tensions and resolutions.

What I called pure thinking in my Philosophy Of Freedom was certainly not well named when judged by outer cultural conditions. For Edward von Hartman said to me:

"There is no such thing, one can only think with the aid of external observation."

And all I could say in reply was:

"It has only to be tried and people will soon learn to be able to make it a reality."

When is in action free?

Only when it has its origin in pure thinking.

The Philosophy Of Freedom is a path, a method leading to the actual experience of a thinking detached from the body-soul makeup. Freedom dawn's when we enable the will to become an ever mightier and mightier force in our thinking. Out of pure thinking there can flow powerful impulses to moral action that are no longer determined by anything but pure spirit.

"The intention in my Philosophy Of Freedom is that the reader must lay hold--with his own thinking activity--page by page. That the book itself is only a sort of musical score, and that one must read this score though inner thinking activity in order to progress continually out of his own resources, from thought to thought. Who does not sense that he was in a manner been lifted above his ordinary way of thinking free of the sense perceptible and that he moves altogether in this, so that he feels that he has become free in his thinking from the limitations of the corporeal nature, such a person has not really read, in the true sense of the word, this Philosophy Of Freedom."