Chapter Summary Of The Philosophy Of Freedom

Steiner initially divides the problem of free will into freedom of thought and freedom of action. Inner freedom is attained when we bridge the gap between our perception, which gives us the outer appearance of the world, and our thought, which gives us the inner structure of the world. Outer freedom is achieved when we bridge the gap between our ideals and the constraints of external reality, letting our deeds be inspired by what he terms moral imagination. Steiner considers inner and outer freedom as integral to one another, and that true freedom is only achieved when they are united.

Part I of the book begins with the principles of individuality (0) and freedom (1) and then becomes an in-depth study of the principles of cognition beginning with why we desire knowledge (2), with chapters on thinking (3), perception (4), conception (5), mental picturing (6), and cognition (7). While Part I can be experienced as dry and abstract at first, with inquisitive questioning and effort it brings “inner shocks, tensions and resolutions”.

Part II of the book covers the principles of living life as an empowered ethical individualist, imaginatively expressing freedom in action. This involves selecting the ethical principle (moral intuition) to apply in each particular situation, using the imagination to translate the ethical principle into a specific picture of action (moral imagination), and using the present knowledge of science to transform the world without violating natural laws by which things are connected (moral technique). 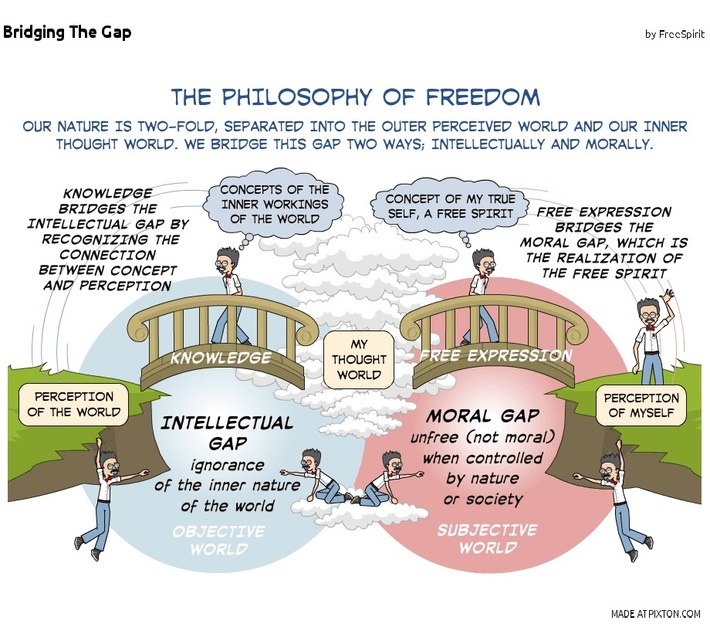 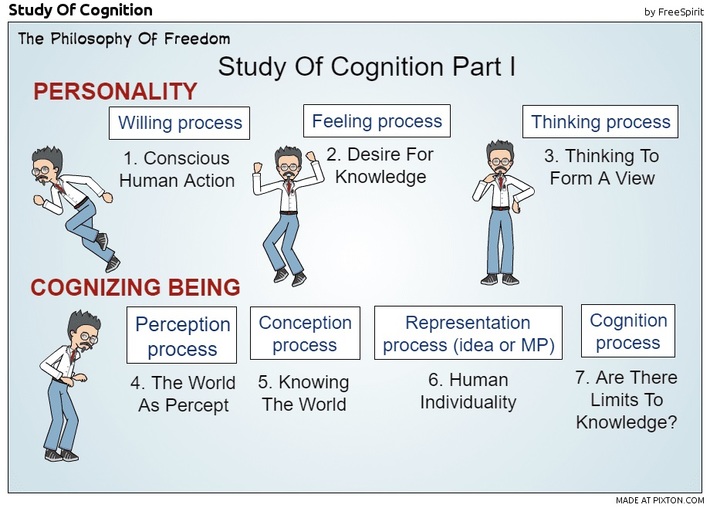